Part 2 of “Ms. Grishman or: How I Learned to Stop Worrying and Love My Disability” published July 2019.

Years after being diagnosed with Multiple Sclerosis, I had finally begun to accept my disability and my limitations, when I met my friend and greatest mentor, Richard Meritzer, who introduced me to the amazing world that is disability advocacy.

It started small, as most good things do. I met amazing activists who’d been fighting for disability rights for decades, and through them began to learn about just how much work was still needed to make Pittsburgh and the rest of the country more accessible. More importantly, I discovered ways in which I could help with this fight.

I started attending meetings of local advocacy groups. Through them I learned about what issues had the highest priority in my community – in the case of Pittsburgh, a major one is the sheer number of businesses that have steps to get in. I found out about the One Step Program, and within weeks I had organized my first group of student volunteers from the University of Pittsburgh to do a neighborhood canvass of businesses to assess their accessibility and program eligibility. I also got involved in co-running a program called Ballots for Patients, which sees dozens of volunteers going into hospitals on Election Day to collect emergency absentee ballots from patients unable to get to their polling locations. To date this is one of the most rewarding things I have done in my entire life.

I joined ADAPT. For those unfamiliar, ADAPT is, to quote its website, “a national grass-roots community that organizes disability rights activists to engage in nonviolent direct action, including civil disobedience, to assure the civil and human rights of people with disabilities to live in freedom.” Through them I’ve stood side-by-side with my disabled siblings and made our voices heard until they’ve gone raw. I’ve protested at the FDA to pass legislation to ban use of Graduated Electronic Decelerators to torture disabled children and adults. I’ve been arrested multiple times in multiple Congressional offices in the fight to pass the Disability Integration Act (DIA), which is perhaps the most important piece of legislation for people with disabilities since the Americans with Disabilities Act (ADA) was passed in 1990. In 2017, during what we call the Summer of ADAPT in which some news outlets have credited ADAPT with saving the Affordable Care Act, I made some national news (Rachel Maddow, Esquire, New York Daily News, my own twisted sense of humor) when police pushed me out of my wheelchair.

During this time, I created my own advocacy group called Access Mob Pittsburgh. We are a small group dedicated to bringing communities together to advocate for change through positive measures, education, increasing visibility, and direct advocacy. We have happy hours and host lecture nights. We recently went to a museum and attended a dance movement class that was accessible to people of all abilities. Heck, we even have wheelchair-friendly dance parties!

As I became more and more into disability advocacy, I started becoming involved in other forms of activism. I spoke at the Our Feminism Must Be Intersectional March in 2017 and at the Pittsburgh Women’s March in 2018. I’ve worked with Pittsburghers for Public Transit, Just Harvest, the Mayor’s Complete Streets Advisory Council, Hospital Workers United, New Sanctuary… Hell, there is an entire goddamn article about me in HuffPost. I have hit the point of loudmouth advocacy where a City Councilwoman recently cc’d me in an email to Mayor Peduto about part of the City-County Building being inaccessible and famous people have friended me on Facebook.

And now everybody reading this is probably rolling their eyes and thinking “Wow! She’s really full of herself! An entire blog post talking about herself and how awesome she thinks she is!”

Multiple sclerosis. My disability. What started as my walker and is now my motorized wheelchair. All of these things that I used to hate about and desperately suppress in myself. They have become the basis of my activism, the thing that has made me the proudest, the most fulfilled, and the happiest I have been in my entire life.

We talk too much about how people accomplish things “in spite of” their disability. And that there is some mighty big bullshit.

I have accomplished some really amazing stuff in the last five years. I didn’t even mention half of it, I’m such a badass. And I did all of it because of my disability. Eat that, ableism.

Hi again. My name is Alisa Grishman. I’m still 37 years old, I’m loudly and proudly disabled, and I wouldn’t change that for the world. 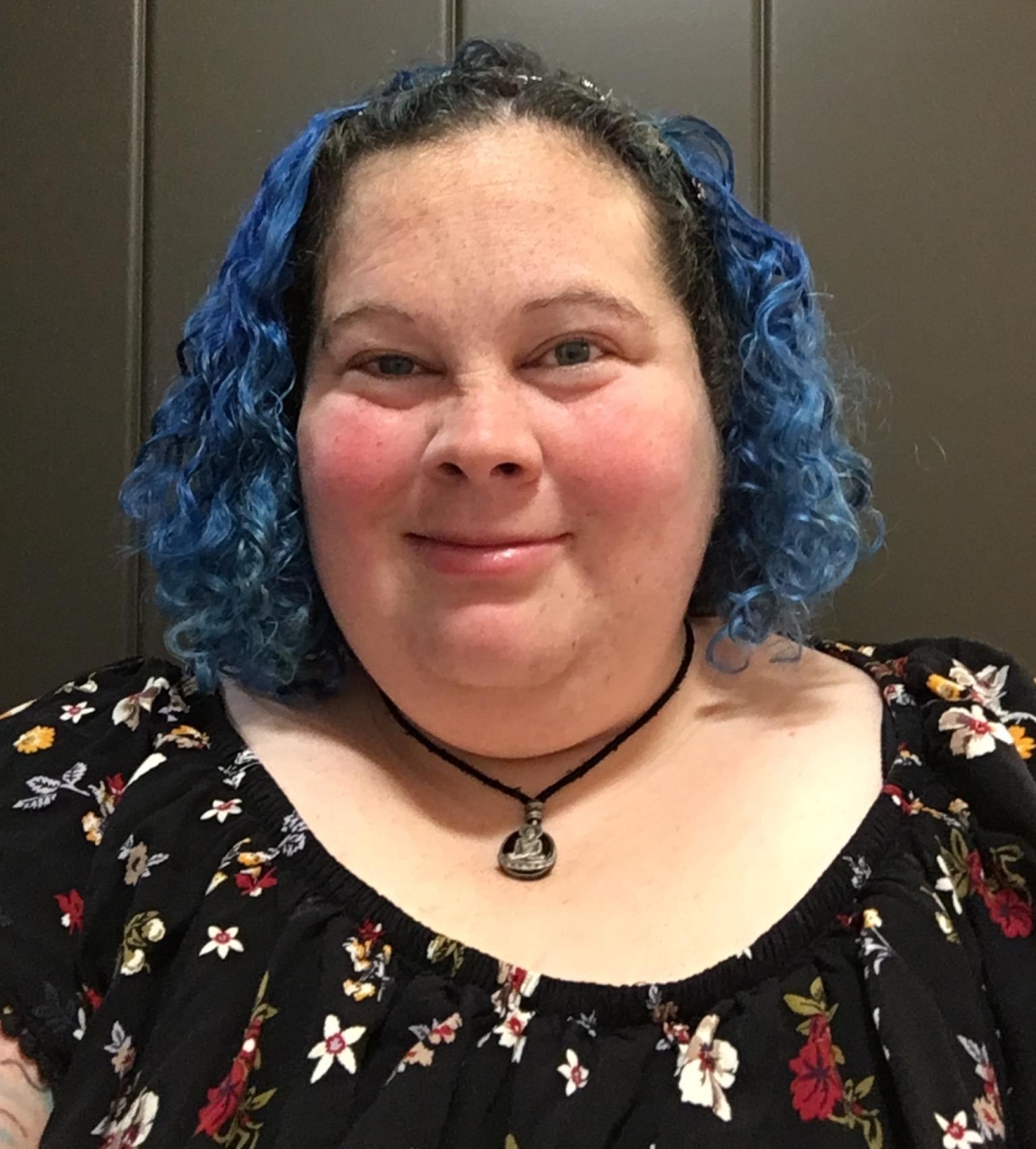 Alisa Grishman is a disability activist and founder of Access Mob Pittsburgh, an advocacy group that utilizes positive approaches to making change, such as education and economic incentives. A self-described shameless agitator, Grishman has also been arrested multiple times fighting for disability rights with ADAPT, a national advocacy group.

Along with her direct advocacy work, Grishman co-runs Ballots for Patients and Care to Vote, sister efforts that respectively collect emergency absentee ballots from hospitalized peoples on election day and work with nursing and personal care homes to help residents register to vote and fill out ballots.

In 2017, Grishman ran Pittsburgh’s ADA Anniversary Rally, a celebration of the 27 years of the Americans with Disabilities Act that featured local speakers and a keynote address by Rep. Dan Miller.

Grishman’s work has been featured both locally in the Incline and WESA and nationally in the Huffington Post and Esquire Magazine. In 2019 she was chosen by the Incline and S&T Bank as one of their Who’s Next: Community Leaders and Activists honorees.

Did you like this article? Are there other topics you’d like to see us publish on? Do you want to apply to be a guest blogger? Please take our quick, 3-question survey and let us know what you think! BLOG SURVEY LINK: Take Survey

The National Resources for Advocacy, Independence, Self-determination and Employment (RAISE) Technical Assistance Center works with the seven (7) RSA-funded Parent Training & Information Centers to develop and disseminate information and resources that increase their capacity to serve youth and young adults with disabilities and their families. RAISE supports RSA-PTIs and OSEP Parent Centers so they can: 1. Increase their knowledge and skills for serving of youth with disabilities & their families 2. Improve the quality of family and youth resources 3. Collaborate with state agencies, independent living centers, and others impacting transition outcomes 4. Increase access to high quality resources 5. Empower the voice of youth and families 6. Improve the lives of people with disabilities View all posts by raisecenter